I wrote a longer piece but made it fit in here. I know very little about the #cryptocurrency world but got an explanation from a friend who lost money after i told him about meeting a regular father of 2 boys whose eyes lit up like a child with a dash of madness as he opened up a conversation about how he made thousands from a few hundred pounds and was using the cash to start small trades.
I haven't seen much of this explained as clearly as my friend did so I'm adding it here.

#cryptocurrency madness.
People with the skills to set up a website and facilitate paid for transactions between other people who "invest" or "wait and hope". The developers know from the start that they will close shop and run with the money when the heat is on.The "investors" don't.
Blinded by sheer excitment, those who made money don't think about the logical question: Where does the money come from?
The answer is the poor in the richer countries are robbing the poor in the poorer countries.

"Artist Ben #Grosser focuses on the cultural, social, and political effects of software. What does it mean for human creativity when a computational system can paint its own artworks? How is an interface that foregrounds our friend count changing our conceptions of friendship? Who benefits when a software system can intuit how we feel?"
#omn #silo #art #computer #socialmedia #diy #openmedianetwotk #facebook #zuckerberg #minus #software #Demetricator #corporations

“someone has designed this little feedback loop. Who are they? Who benefits?
As a teacher of art, he was aware that his students saw nothing unusual in that pattern. They had grown up with it. He could also see how that feedback loop of constant desire for approval shaped their idea of what art might be: “They see YouTube stars and TikTok stars and they’re thinking: what can I make that will also get the best metric for reaction on social media,”(...)"

A little reminder that teaching “anti-capitalism” has been banned in English schools for over a year now.

The dystopia is now. 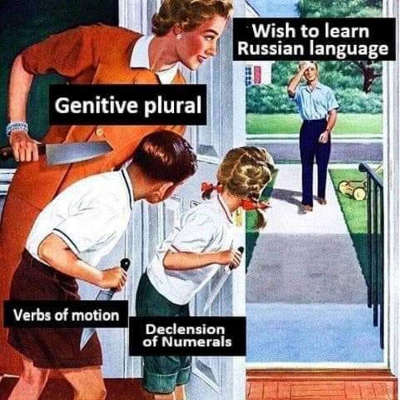 You want to know what a superhero looks like https://visionon.tv/w/vybgHm7gtXtLdCHZs7KRHi you do can play a part.

Folk song prediction of the future

"This clause would give Priti Patel unprecedented power to remove your citizenship in secret, without even having to tell you, and effectively deny you an appeal. (...). This once again shows how little regard this government has for the rule of law."

I often find that the coders working on projects we use have different agender to us producers and users. An example of this, is looking like the new filtering tools for videos in #peertube i share the links but find you need to be logged in to actually access them as URL's likely the is a resion for this or a #geekproblem am kinda interested, what were they thinking this is for and what do the users and producers wont?

We need Radical Media, in the era of #climatechaos

Why did #indymedia fail https://visionon.tv/w/w5MWH3ikJCsf7XcX6gQzZb

"The government knows the new powers are illegitimate, otherwise it would not have tried to avoid parliamentary scrutiny."

"These are dictators’ powers. The country should be in uproar over them, but we hear barely a squeak. The Kill the Bill protesters have tried valiantly to draw our attention(...)"

[Jailed for 51 weeks for protesting? Britain is becoming a police state by stealth - George Monbiot]

For people who like #mainstreaming modern art https://www.youtube.com/watch?v=k5YSikO6JRM Hidden Hands – A Different History of Modernism – episode 1: Art and the CIA. Much of what you like was pushed into your view by rightwing agenda.

In the Netherlands there has been a housing crisis building over the last decade and a half of neoliberal government policy. It has come to a head after a controversial law passed years ago that criminalised squatting under most conditions. Squatting continues because #WetOfGeenWet #KrakenGaatDoor (law or no law, squatting keeps going).

Recently a hotel was squatted in Amsterdam, dubbed hotel Mokum, after the Jiddish word for Amsterdam. A few days ago the government of Amsterdam warned they will evict the squatters over fire safety concerns. This is a clear lie as the fire department and municipal government checked the building and fire safety agreements were made with the squatters, the squatters turned to a fast court case to appeal this decision to evict.

Today people protested to keep hotel Mokum squatted, to no avail. Police brutality and violent eviction ensued, but the housing crisis goes on, so squatting will too. The police can break bones but not the movement, solidarity to my comrades in Amsterdam, stay strong.

@hamishcampbell @humanetech @bob If I understand correctly, I think you're saying that tech needs to be driven by human needs. If so, I agree. Too often technologists try to create a tech solution to a social problem, or solve a problem no one has or in a way that no one will use.